Calculating the standings over the years....

I had always been curious how the current point system (shootouts, 3 point games, etc.) affect the overall standings.  So I took a quick look at this season to date, and recalculated the standings based on various methods that the NHL has used over the years, along with some alternatives that sometimes get discussed.

The standings are still based on the current NHL system:  first 3 teams in each division get to the playoffs, and the top 2 remaining teams in each conference are awarded seeds 7 and 8.  I used ROW as a quick and dirty tiebreaker, and if I couldn't break the tie I just left the teams tied.

First, a quick summary of the results:

Explanation of the various systems:

Original 6:  Back in the day, men were men, heads were bare, and hockey games were 60 minutes.  Period.  Once the 60 minutes elapsed, the teams left the ice being awarded one point apiece.  This system still would not help Boston very much; they would still be in 9th place as of today.  They would still need to win and hope for the Ottawa loss.  It would actually be harder, as they would also have no chance of catching Pittsburgh.  The biggest beneficiary would be the LA Kings, not unexpected given their combined 3-15 record in the OT and shootout; the Kings would vault over both Calgary and Vancouver to claim a playoff spot, leaving the Flames out in the cold.

I should note that under this system, just under 25% of all games this season would have ended in ties.  Compare that to the 15% of games that ended in ties the last season this system was in place, 1982-83.

OldOT:  This was the system in place for 16 seasons from 1983 to 1999.  Wins are 2 points; ties are 1; and losses, no matter how they occurred, were zero points.  As the Bruins were actually pretty good in the overtime this season (9-4), they would benefit, earning the 7th seed and only need a point in their final game to ensure a playoff spot over the Senators.  The Kings would edge the Jets in the west for the final playoff spot.

This season, this system would result in 14% of all games ending in ties.  The first season this system was in place, only 10% of games ended in a tie.  By the time this system was scrapped, the number of tie games was once again approaching 15%.

1999:  In an attempt to cut down the number of ties, the NHL implemented a system where a team would be awarded a point for a regular season tie, thereby creating the now infamous 3 point game.  The 4th column added to the standings (W-L-T-OL) made the NHL unique, and in general made the standings undecipherable to most casual fans.  The Bruins would be locked in a 3-way tie for the final 2 playoff spots with Ottawa and the Islanders, with the B's having the tie breaker edge in ROW.  But they would still need earn at least as many points as the Senators during their final game to maintain that spot.  Kings again would edge the Jets for the final spot in the West.

When this system was put in place, ties did drop somewhat:  by about 2% overall.  During the last season this system was around, ties accounted for 14% of all games.  The lockout was the final death knell for the 4 column standings.

3321:  The concept of some hockey games awarding an extra point to their participants rankles some.  Under this system, all games would be worth 3 points.  Regulation or OT wins are 3 points, while the winner of the shootout would be awarded 2 points, and the SO loser would receive 1.  Regulation and OT losses are 0 points.  This system would provide a slight benefit to Boston; they would currently be 8th, with Ottawa only 1 point behind entering the final weekend.  No real change in the west standings.

3221:  A slight variation of the above, except that the winner in OT or shootout would get 2 points, and the OT/SO loser would receive 1.  Puts slightly more emphasis on the regulation win vs. OT.  Boston would be in similar trouble as they are currently, needing a win and Ottawa loss to qualify for the playoffs.  This system would allow the Kings to edge the Jets in the West.

Just Win Baby:  Hey, in all the other major sports leagues, a win is a win is a win, and a loss is a loss.  Doesn't matter if it happens in OT, extra innings, shootout, or coin flip.  No rewards for 2nd place, and there would be as much crying in hockey as there is in baseball.  This would still be a problem for the Bruins; they would need to win and hope for a loss from either Ottawa or 2 from Pittsburgh to get in.  No real change in the West either.  And no team with fewer than 42 wins would qualify, so there's no chance of a sub-0.500 team sneaking in this season.

I'm actually looking forward to this post once you get the formatting un-borked.  I've seen versions of this that say "it doesn't change much" and others that say "it changes a lot" and it sometimes depends on the season. 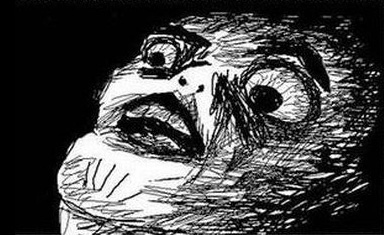 I'm seeing that too.  My software experience is more Data/API driven rather than css/html, but I think the abuse of ::after in the forum css is not cooperating with the html of the initial post that contains a table.


For those of you that don't speak computer: Of course I post something and the only thing left is the bottom of the text that says "Shit's on fire, yo"

Edit: ah, the javascript that handles posting and adds the new rows is also fucked up by the table adding.  I think my first response might just be swallowed

Edit 2: Figured it out.  There's an extra </div> in the table that's just closing everything once too soon.

Unfortunately, my browser will not let me edit the post to fix the table.  I'll keep trying.