Disappearance of the Fastball

"Quietly, and as it concerns hitters, in an all too literal sense of quiet, baseball has crossed a major threshold in how the game is played. For the first time in recorded history, fastballs no longer account for the majority of pitches.

The bread and butter of pitching is stale. The “fastball count” is no more. Country hardball is dead.

Its death did not occur suddenly. Fastball use has been declining every year since 2015, coinciding with the start of “The Statcast Era,” a shorthand for how technology and advanced metrics have changed pitching for the better–and perhaps baseball for the worse.

“I think 95 is the new 90,” Los Angeles Dodgers manager Dave Roberts said. “Guys can really hit velocity. And so, to kind of get guys off of that, pitching off your secondaries … I really believe there’s a lot to that.”"


Interesting article. I got the impression from the article that this is a permanent change in the sport as if it's a bad thing. Maybe. I think it has to do with the incredible increase in velocity that Roberts alluded to. It's harder to hit fastballs now than it used to be, because now they're coming in 95-100, when they used to come in 88-93 (only the studs got it over 95). Human reaction time is what it is, and so hitters have to get more geared up for the fastball than ever before, which leaves them more susceptible to off speed stuff with movement. Instead of easing (haha...it's not that easy) into a 90 mph fastball, guys have to be ready for a steady stream of guys throwing 97. You have to think fastball, fastball, fastball now, or else you're just going to be blown away. And so pitchers with good fastballs and even mediocre off speed stuff still find the off speed stuff to be more effective.

To my point from the article: "Roll this around your head: the average slider is harder to hit (.193) than an elite fastball (.213 on fastballs clocked at 97 mph or faster)."

Guys using the launch angle approach, gearing up for guys throwing 95+ all the time...it all leads to the inevitable reaction from pitchers...throw off the timing with slower stuff with movement. As hitters adjust for more off speed pitches, pitchers will once again use their fastballs more.

The yin and yang of baseball.

Can't wait for the "require fastballs in fastball counts" push to begin, from the folks who brought us the "outlaw the defensive shift" movement.

A condo where the deer and the antelope play

BaseballJones said:
"Roll this around your head: the average slider is harder to hit (.193) than an elite fastball (.213 on fastballs clocked at 97 mph or faster)."
Click to expand...

I've been waiting for baseball to cross this threshold for a while. It's fairly intuitive that if breaking stuff tends to have better outcomes than fastballs, you should throw more of it, and less fastballs. It's not quite so simple in terms of developing an optimal pitch mix for a guy, because of interactions with how pitches play off each other, and at a certain point hitters would sit on breaking balls - so the actual optimal mix is hard to calculate, different for each guy, and subject to change as hitters adapt. But it's been clear for a while that very few guys should be throwing more than 50% fastballs.

I know this is a common thought for younger players, but does throwing breaking stuff put more strain on an MLB caliber pitcher's arm? Has throwing fastballs been part of trying to extend/lengthen careers?
R

OfTheCarmen said:
I know this is a common thought for younger players, but does throwing breaking stuff put more strain on an MLB caliber pitcher's arm? Has throwing fastballs been part of trying to extend/lengthen careers?
Click to expand...

Seems like more research needed. When I was more involved in youth baseball (obviously different than MLB) the consensus was that kids in particular shouldn't throw breaking stuff because of the extra strain. But that conventional wisdom seems to have been challenged - although 14 kids seems *very* underpowered for this kind of study (meaning even if there is an effect, we might not expect to detect it with a sample this small). https://pubmed.ncbi.nlm.nih.gov/31393289/

And there seems to be some evidence that throwing high velocity fastballs is a particular risk factor, rather than breaking stuff: 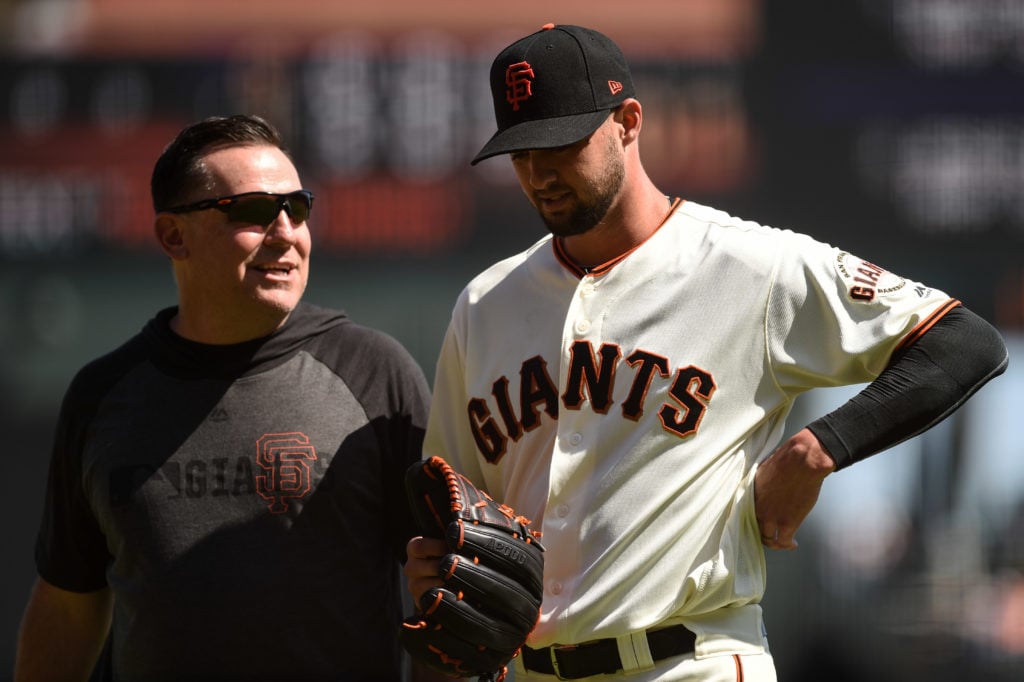 MLB players of late continue to need UCL reconstruction, and an increase in pitching speeds is among the factors that have been researched.

It seems like this needs to be studied more seriously before we can really draw conclusions, but the conventional wisdom that it's breaking stuff causing spikes in TJ doesn't seem that well supported.

Couldn't get into a real school

OfTheCarmen said:
I know this is a common thought for younger players, but does throwing breaking stuff put more strain on an MLB caliber pitcher's arm? Has throwing fastballs been part of trying to extend/lengthen careers?
Click to expand...

In short, not really. TJ issues seem to be more related to high workloads and fatigue driven issues with mechanics. It is likely that conclusion among baseball experts was based on somewhat of a false positive -- the best youth pitchers tended to pitch more, but also were more likely to throw curveballs/other secondary pitches.

Despite much debate in the baseball community about the safety of the curveball, biomechanical and most epidemiologic studies do not demonstrate an increased risk of pain and/or injury when compared with the fastball. Current recommendations to discourage throwing curveballs at a young age, while well intentioned, are based on observational data and expert opinion that have not been validated by biomechanical studies. However, there is limited biomechanical and electromyographic evidence suggesting that youth pitchers throwing curveballs may benefit from conditioning programs focused on forearm supination.
Click to expand...

Depends on the breaking stuff how injurious it could potentially be. A true curveball...the old 12-6 variety curve...definitely puts added strain on the arm because of the angle and torque of the wrist to induce the curve. But a sinker or slider/slurve doesn't really require a conscious snap. It's more based on the grip and how that imparts the spin with a more natural release.
You must log in or register to reply here.
Share:
Twitter Reddit Pinterest Tumblr WhatsApp Email Link
Top Bottom