11 out of 12 Dominos pizzas suck. The other one tastes like Mort's sack.

Despite the efforts of the College Football Playoff committee and some media outlets downplaying the financial hit ESPN took by being forced to televise the two national championship semi-final games on New Year’s Eve, media buyers say the network owes upwards of $20 million in ad makegoods for ratings shortfalls for the two games.

ESPN may have gotten a bit greedy when setting its ratings estimates and offering higher guarantee levels to advertisers for the two games, knowing audiences might not flock to their TV sets, despite the optimism of the CFP committee. However, advertisers are concerned about next season’s potential audience levels for the games, which will also be televised on New Year’s Eve. Even if the ratings guarantees by ESPN are set lower, advertisers would prefer the games be moved to New Year’s Day or even on consecutive primetime nights, exclusive of New Year’s Eve, when more people would likely watch.
Click to expand...

ifmanis5 said:
11 out of 12 Dominos pizzas suck. The other one tastes like Mort's sack.
Click to expand...

We'll trust your opinion on that

ESPN absolutely MUST get off NYE for those games. Terrible idea. How is Skipper still in charge? He's killing the company.

It's not ESPN's fault solely. They pushed hard to get them off that evening. The bowl administrators were the ones insisting it be played on those dates to preserve certain New Years day bowls "cachet" in years they didn't have the CFBP games.

edmunddantes said:
It's not ESPN's fault solely. They pushed hard to get them off that evening. The bowl administrators were the ones insisting it be played on those dates to preserve certain New Years day bowls "cachet" in years they didn't have the CFBP games.
Click to expand...

True. Too many bowl games on one day means not enough hookers to go around for all the grifters in plaid suits bowl organizers.

Joe Schad ‏@schadjoe 16m16 minutes ago
Bill Hancock: Someone suggested to me Star Wars was a factor (in TV ratings).

do they think we are stupid?

Not surprised to see this playing out. Unless you are a serious college football fan or an alum, the non-playoff bowls are meaningless to you. The CFP committee is serving its members by trying to maintain interest by being a NYD tradition.

The compromise would seem to be back to back primetime nights on Jan 2 and Jan 3 but there is some competitive unfairness built in there as well potential to piss off the NFL in some years, so on and so forth and what not and what have you.

It was annoying having the games on NYE though and I say that as someone who doesn't drink or go out.

Now with the compliant hashtag.

Headline basically says it all, but at least they're just coming out and saying it: 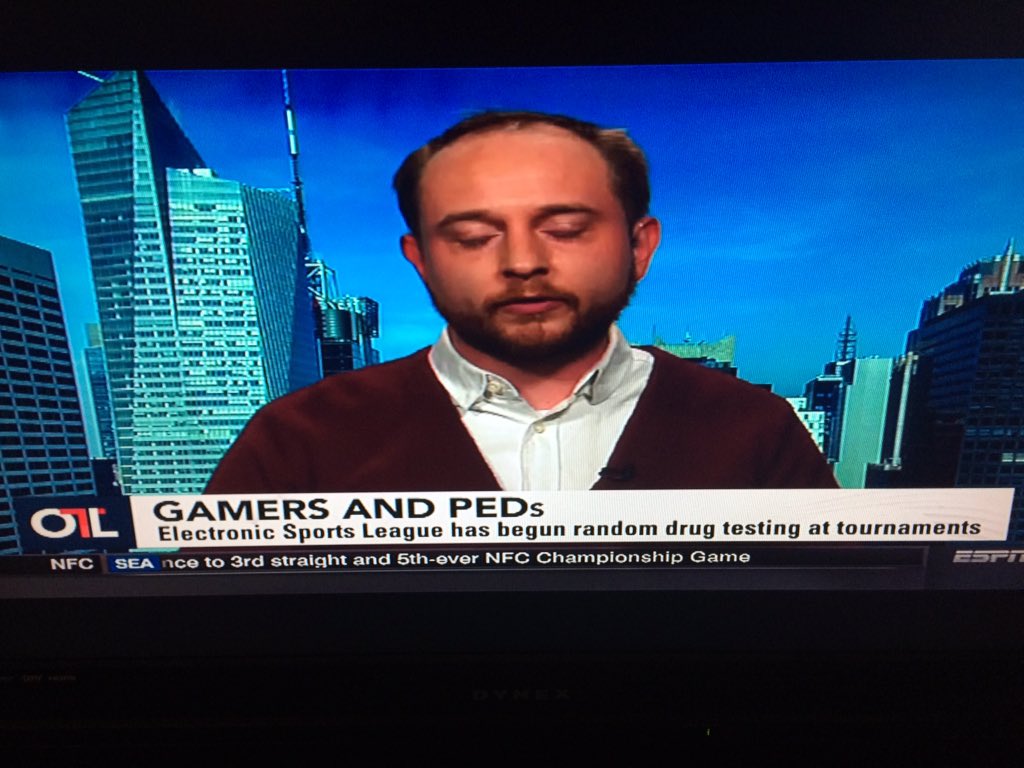 Here are the issues I'll be tackling in the coming weeks.

semsox said:
Headline basically says it all, but at least they're just coming out and saying it:

Thought this was a pretty good piece.

Boy they sure have a lot of VPs. My favorite one is senior vice president of ESPN Audio and Talent Office.

The best line from that piece was "Our audience is smart"

Now entering Day Two of 'Brady is a Crybaby' headline on the 1st page of ESPN.com. THEY ARE TROLLS. 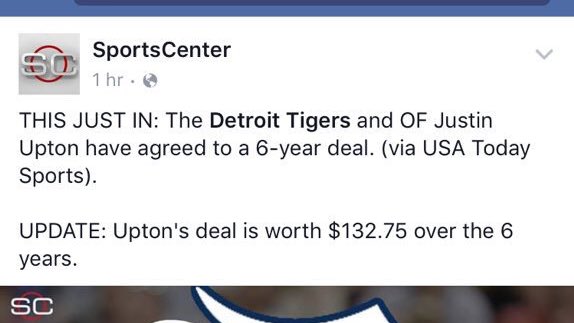 I could see BJ/Melvin signing for that

guilty of being sex 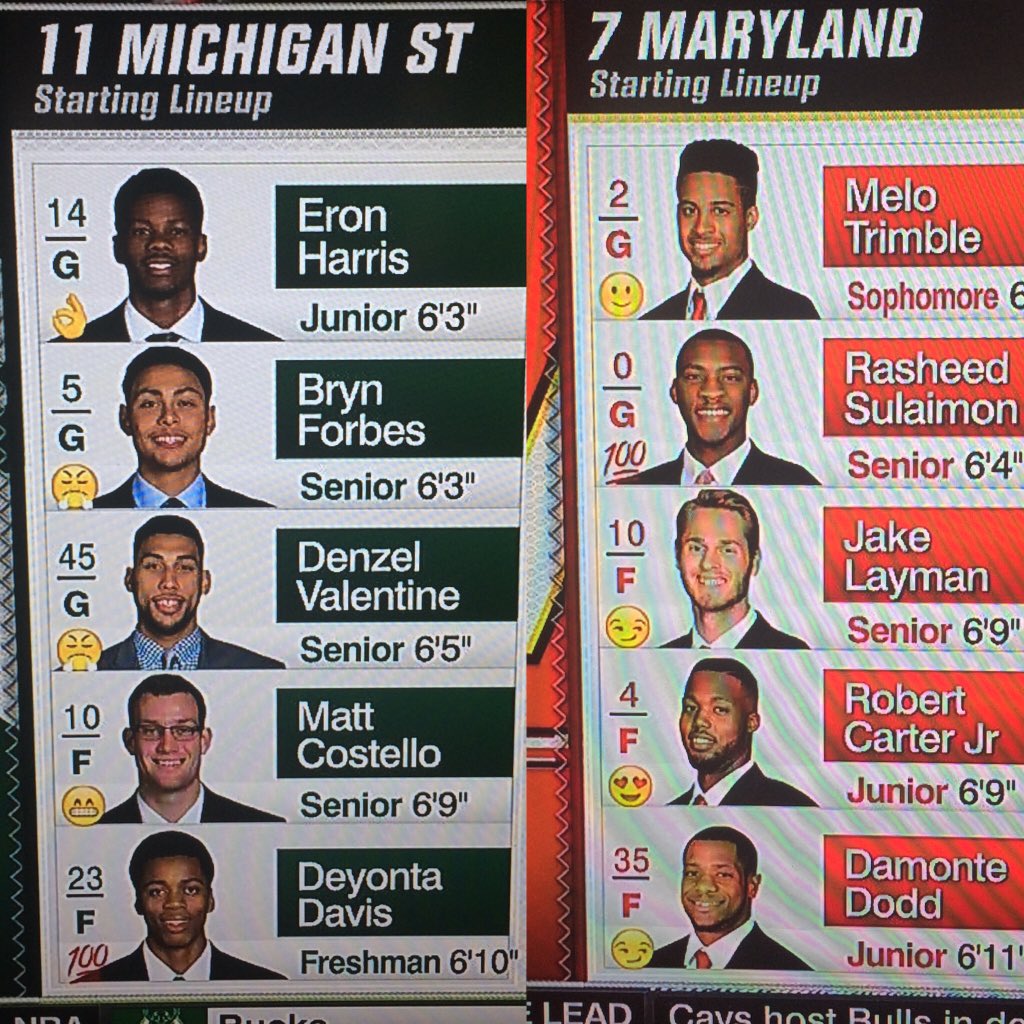 will you be my friend?

If those are self-selected, that's the funniest thing I've seen in weeks.

guilty of being sex

They are. "What's your favorite emoji?"

Keyshawn is out. Florio LINK: http://profootballtalk.nbcsports.com/2016/01/29/keyshawn-johnson-out-at-espn/?ocid=Yahoo&partner=ya5nbcs

will you be my friend?

DLew On Roids said:
They are. "What's your favorite emoji?"
Click to expand...

Alright, I'll be millennial for a sec. That worked for me. Forbes and Valentine are probably buddies, Layman is obviously a twit, and Carter Jr. & Harris are the fellas you want to party out on the town with. I feel like I learned a lot!

They need to clean house. Berman needs to go, so does Ditka. If Berman is out, Tom Jackson should follow. He really brings nothing to the table but affirmations of what Berman says and I can't stop freaking out about his jet black hair dye going on. C'mon man! Just For Men, Touch Of Grey.
Last edited: Jan 30, 2016

I wonder if Steve Sarkisian will get to publicly weigh on Key's firing. Would seem fair since Johnson did multiple interviews stating that his friend had to be let go by USC.

That said, of the 5 bozos on the ESPN Countdown show, he'd be the last that I would have fired. Everyone else is either way past their expiration date or an a massive embarrassment to be on their set (CC).

This is ESPN, not espn.com. And nothing about his pic is "pathetic" but I didn't know where else to put it. Apparently taken in the late 80's...pretty funny. Looks like Tony Kornheiser wasn't embracing the bald thing yet. And if you want to know what Neil deGrasse Tyson will look like in the future, just check out a current picture of Michael Wilbon.

My first reaction was why is there a picture of NDGT in the ESPN thread. Erie.

My first reaction was why is there a picture of Bob Dylan in the ESPN thread?

My first reaction was how did Neil deGrasse Tyson know The Greek way back when?

My first reaction was when did Neil deGrasse Tyson get photobomb'd by Mark David Champman while Tony Kornheiser casually practiced some sort of acceptance speech in his mind.

CoffeeNerdness said:
My first reaction was when did Neil deGrasse Tyson get photobomb'd by Mark David Champman while Tony Kornheiser casually practiced some sort of acceptance speech in his mind.
Click to expand...

You win. Nice spotting of the MDC face.

One Leg at a Time

It is. Well written, even-handed, and pretty thoughtful.

Thanks - I would not have seen it if you didn't point it out.

Cardinals vs The BlueHawks. Sounds fair. 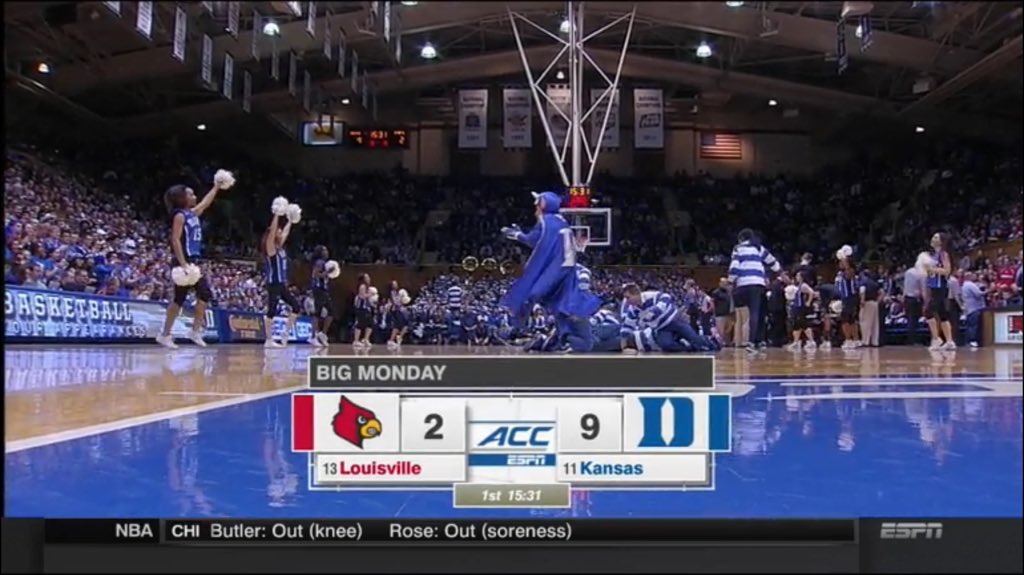 richarddeitsch: Many of you asked why ESPN had not reported/commented on the New York Daily News story on Peyton Manning. Here is a response from an ESPN spokesperson:

"We were following up and doing our own reporting. We posted something when we were comfortable and continue to report responsibly on the story."

Adnan Virk and Mike Golic are talking about the Manning article on Mike and Mike. They are ripping Manning to shreds calling the situation reprehensible and offensive. I didn't think they'd even get into it, but they read parts of the Daily News article on the air.

Leaving in a bit to the studio :)

RedOctober3829 said:
Adnan Virk and Mike Golic are talking about the Manning article on Mike and Mike. They are ripping Manning to shreds calling the situation reprehensible and offensive. I didn't think they'd even get into it, but they read parts of the Daily News article on the air.
Click to expand...

Same here. They made it a point to bring up Naughright's bona fides, and how not only could you not find a harsh word spoken about her, but also that world class athletes went out of their way to praise her on record. Also mentioned how Manning had broken the non-disclosure agreement. Golic did disclose that he got to know the Mannings while he covered college ball for 6 years, but that he'd never categorize them as friends.

Golic tweeted yesterday that they would discuss it today, but he didn't tip his hand any.

The thing I always liked the most about ESPN.com was their box score and starting tonight they've even managed to screw that up. The extra clicks are clearly there to make you stay on the page longer. Pathetic.

Don't know him from Adam

He makes a great cycle glove

The title of this thread should be "ESPN is despicable".

Erin Andrews: ESPN forced me to go on tv and talk about my stalker

Just when you think that you can't lose any more respect for an organization ...

That article on Andrews defies belief. ESPN really is despicable.

Joe McDonald, ESPN staff writer, in a rapid reaction story after the Bruins beat Detroit 5-2: "The Bruins now control their own destiny...The Philadelphia Flyers lost 3-1 to the Toronto Maple Leafs on Thursday night to help Boston's cause." A bit too rapid, since the Flyers actually lost 4-3 in OT & the Bruins definitely are not in control of their own destiny.

Can't wait to see how Callahan defends this one.