I still can’t get over the Dodgers losing

I still can’t get over the Red Sox not making the playoffs this year, because once you get in anything is possible especially as the NL shows, the long layoff for the 1 and 2 seed plus the 5 game series

only the Guardians can save this playoff season now

I fell asleep after the Padres rally. Woke this morning fearing that Hader had blown it in the ninth. Padres-Phillies is going to be great fun; so tired of the usual suspects

SemperFidelisSox said:
A retool seems more likely than a rebuild with all the money coming off the books. Xander or Correa seem likely, and maybe making a run at Judge.
Click to expand...

I wonder if it could also be a retool and then a managerial change in the first half next year if the Dodgers come out of the gates stumbling, or playing middling, mediocre baseball. This compounded by the fact that they could just regress to more replacement level starting pitching.

Their starting pitching has a couple of guys that have to fight off serious regression in Tyler Anderson and Tony Gonsolin. Their FIP v. xFIP's are pretty sharp dives and they outperformed all year long in 2022. Kershaw isn't getting any younger. So the same rotation could look worse next year. Much of their SP core did slightly outperform so maybe it's developmental secret sauce that isn't apparent in the numbers.

But the danger with their steamrolling 2022 regular season is that they stand pat. I suspect they will add another SP and spin off some more younger players. And be in on Judge and other big FA's. But I could also see 2024 being the significant rebuild if they spend and trade away more talent this winter to keep this current streak going, then face-plant expectations in 2023.

I like Molly Knight alot and I know she's been through some difficult things over the past couple years, but she was one of the worst offenders doing the "Why would anyone ever trade Mookie Betts LOL?" trolling. Hope this postseason finally cured her of that.

teddywingman said:
Gotta admit I was pulling for the Dodgers: Betts, Roberts, and the only player in MLB from Wyoming (Nimmo). Plus the hatred towards Machado.

But as the series went on, I found myself ambivalent, and kinda rooting for the Padres and their fans. There was some great energy in the crowd tonight, and that's good for baseball.

Nimmo is a Met

Deweys New Stance said:
I like Molly Knight alot and I know she's been through some difficult things over the past couple years, but she was one of the worst offenders doing the "Why would anyone ever trade Mookie Betts LOL?" trolling. Hope this postseason finally cured her of that.
Click to expand...

She wasn't wrong, and I'm not sure the Dodgers' inability to win a title proves otherwise.

Yes, and with his shirt off

E5 Yaz said:
Yes, and with his shirt off
Click to expand...

LOL, yeah, that is the baller way to do it.

Wingack said:
LOL, yeah, that is the baller way to do it.
Click to expand...

E5 Yaz said:
Yes, and with his shirt off
Click to expand...

nattysez said:
She wasn't wrong, and I'm not sure the Dodgers' inability to win a title proves otherwise.
Click to expand...

Putting aside that she was just trolling, she was wrong. We can certainly argue that the Sox didn’t get enough in return for Mookie (as has been done about a thousand times on the main board over the last two years). I’m sympathetic towards that view, although it’s often framed as Mookie for Verdugo/Downs/Wong without any mention of contract status of the players involved or the considerable amount of Price’s salary that was offloaded, and without acknowledging that pre-pandemic Mookie was 100% determined to go to free agency.

But more generally, there’s no player in baseball who absolutely should never be traded under any circumstances. I like Mookie a great deal and wish he hadn’t been dealt. But he’s not the first great player to be dealt, and he won’t be the last. Sometimes those deals made sense.

And since this is an NLDS game thread, I’ll just acknowledge that I was massively (and thankfully) wrong about the Padres’ chances against the Dodgers. Very happy for Padres fans that they slayed their own dragon like the Sox did in ‘04. Rooting for a Cleveland / San Diego World Series that will cause network executives’ heads to explode. 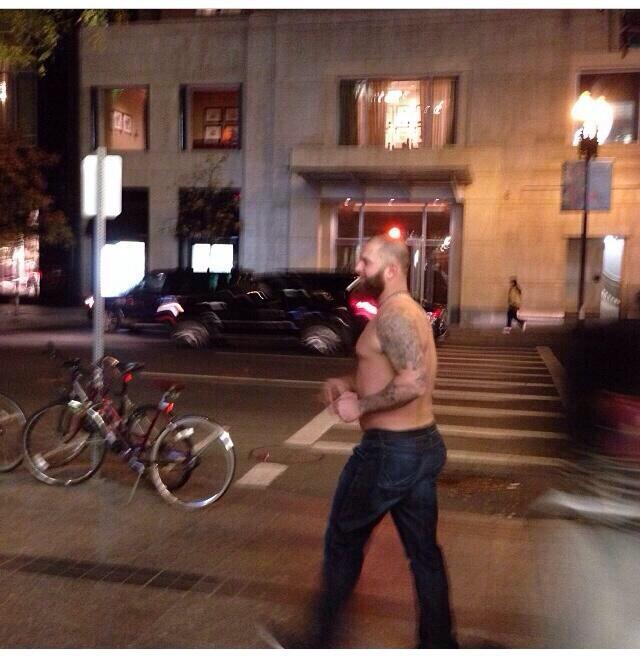 Wingack said:
LOL, yeah, that is the baller way to do it.
Click to expand... 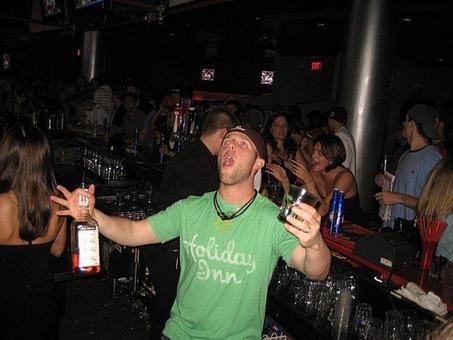 Not a party until Pedey gets behind the bar!

Wingack said:
Will Myers living it up and buying shots across bars in SD

I think he's the guy I feel happiest for. He was on a lot of crappy SD teams before these past couple years. Shitty contract, but seems like a great clubhouse guy.

People's Republic of the Upper West Side

Not a party until Pedey gets behind the bar!
Click to expand...

That Holiday Inn shirt cracks me up. Awesome photo!

I was thinking the same thing, that’s so perfectly random.

He's not a bartender, but he did stay at a Holiday Inn Express last night.

It's a shame he didn't get an endorsement deal out of it.
You must log in or register to reply here.
Share:
Twitter Link
Top Bottom